Most secondary schools include a tie as part of their official uniform, and most will also select prefects from upper years. Here are just four reasons why your prefects deserve to have their own unique tie design. 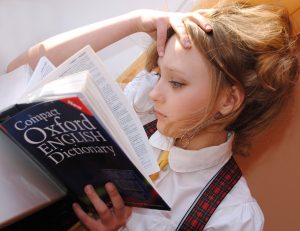 Being made a prefect is supposed to be a reward for good behaviour or scholastic achievement. As such, it makes sense to present each new prefect with something that makes them stand out, and a tie is ideal. They will not hugely change the uniform or cost very much to buy, but the simple act of presenting them makes becoming a prefect seem more like a reward and gives younger students more of a reason to shoot for that goal.

Even though being named a prefect is supposed to be an honour, it’s an honour that usually comes with a few additional responsibilities. For example, your prefects may be expected to help keep children out of classrooms, and they’ll be your go-to students whenever school-wide planning is required. With this in mind, you should ensure that teachers and students can pick out prefects easily. A unique tie isn’t hugely conspicuous, but one will make prefects easy to recognize.

School ties are generally chosen for their durability rather than their style. That only make sense, especially when you’re dealing with younger years who need to keep their ties for several grades to come. Your prefects will probably be about to leave the school, and there won’t be nearly as many of them, so their ties create an ideal canvas for a slightly more elegant design. While your basic school ties are simple striped affairs, your school prefect ties can be made of a superior fabric and include a woven crest. This is nice for the prefects and their parents, and it’s also beneficial for your school. Prefects will be very visible during events, acting as ambassadors for your school, so why not make them look a little smarter?