Home » Lifestyle » Should We Bring Horse Racing Fashion to the Football Stadium? 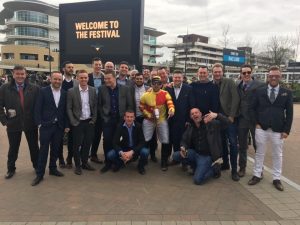 Everyone loves to dress to the nines for a day at the races. It’s a prime excuse to don your best Armani suit, Italian leather shoes, and if you want to go to the extreme, a fancy top hat. The reason for the smart culture at racing events is to signify that the meeting is a prestigious special occasion, and also to show respect to the participants. So why isn’t it the same for football matches where it’s fine to just wear casual clothes or the team’s sponsored kit? Should football fans start to bring equestrian event fashion to the stadium?

Studies have proven that football managers who dress up smart in suits on match days actually have a higher success rate than the relaxed leaders who opt for the tracksuit in the stadium. The research came from the University of Portsmouth and was published in the International Journal of Sports Psychology. Apparently, the better-dressed managers in their tailored suits garner more respect from the players, therefore leading them to put in stronger performances on the pitch.

Looking at Chelsea and Liverpool’s respective fortunes this season could add weight to that theory. It could be argued that the smartly-dressed Antonio Conte’s side are overachieving, and the tracksuit-wearing Jürgen Klopp’s players have massively underachieved after their strong start. Chelsea at the time of writing are 1/25 to lift the title in the Premier League betting, whereas the Reds have slipped to odds of 125/1.

This research will probably also ring true to the well-dressed readers of this site; those who know that in the workplace or in social situations the slick operator in the best threads will earn the most respect from those around him. But what about the fans in the stadium? Could their attire have an effect on the way the team plays?

There has been little research into this, but taking into account it’s the manager that sets up the team and the way they play, one would imagine that it is only he who needs to dress stylishly. When players on the pitch look into the crowd they merely see a sea of colour, usually their own kits at their home stadiums. Interestingly, studies have managed to shed some light on which colour is the best for motivating winning mentality.

That colour is red according to researchers at the University of Durham, and looking at some of the most successful teams in football history certainly helps to prove the theory. Liverpool and Manchester United have dominated English football and they both wear red. Likewise, Bayern Munich in Germany and Ajax in the Netherlands wear red and have frequently towered above the competition in their respective leagues. If players look into the crowd and also see red, this could actually help them to win games.

The crowded football stadium isn’t really the place to wear smart suits anyway, and saving it for the racing events can add to the grandiose feeling of the day. If you really want your team to do well, encourage your mates to join you in wearing red.