Home » Fashion and Style » How to dress like a footballing legend 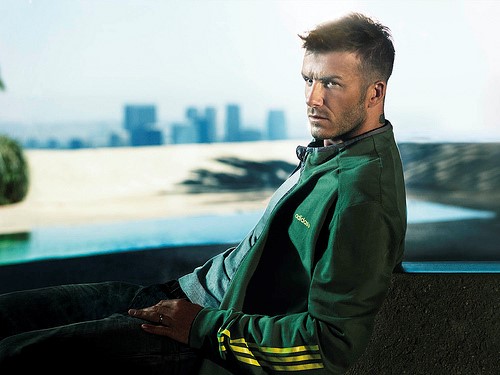 Footballers are not just idols on the pitch with their tricks and skills-they are also admired when they are out in the public eye, showing off their fashion trends. With the kind of cash in football today, these players have no excuse but to dress to impress. Here’s a look at some of the slickest operators and how to replicate them.

David Beckham was a legend on the football field, but he really made his money after his sporting career finished. Nowadays, he can make in a year what he made in his entire footballing career. This is from lucrative advertising deals with massive companies like H&M, Adidas, and his own Fragrances. He marketed himself as a fashionable model who women wanted and men wanted to be like. His range of perfectly fitting designer suits, sunglasses and shoes mean he always looks the part. And now other footballers seem to be following in his footsteps.

Paul Pogba has been a pivotal cog in this successful Juventus side over the last two years, and the club need to hold onto him if they want to go into the next season heading the Bet365 Serie A betting. He is regarded as one of the best midfielders in the world, and was named as a member of the World’s Best XI at the latest Ballon d’Or awards. He stole the show at the prestigious ceremony by rolling up in a gold flecked black suit, white shirt and black bow tie, gold-rimmed glasses and a gold Mohican hair do.

Ronaldo is one of the highest paid footballers in the world, and looks set to make more money in a similar way to Beckham when his footballing career finishes. A large proportion of his income already comes from endorsements from companies that include Nike, Armani, and Emirates. These earnings on top of his footballing salary make him the richest footballer in the world. Frequently followed by paparazzi, he must constantly be up to date with the latest fashion trends, from casual shirts and jeans, to tight fitting shorts to wear on the beach. And all these threads are from designers like Louis Vuitton and Dolce and Gabbana.  For the many award ceremonies he has to attend, he wears the swankiest suits on the market. If you want to get away with some of the outfits Ronaldo wears, though, you’ll need to get to the gym and start working on your six-pack.

Daniel Sturridge is known well for his stylish moves on the pitch for Liverpool and England, and he mirrors his on-pitch persona in his choice of dress. His favourite shoes are Nike Air Presto Lightnings, but he admits to owning over one hundred pairs of shoes. You will see him wearing Balmain biker jeans or Dsquared Cool Guys, normally paired with a black shirt. It could be argued that the England forward is one of the hippest footballers in the country.

If you really want to look the part, try imitating one of these fashionable stars, or better still, go for a combination of all their styles.