Home » Lifestyle » How The UK Fitness Industry Is Changing

2015 has been quite the year for the UK fitness industry, from the introduction of Sport England’s viral ‘This Girl Can’ campaign to the popularisation of the Fitbit and its contemporaries. The scope these developments have reached is staggering, especially for an industry that has only really existed since the 1980s, when it was limited to “spartan gymnasiums run by local councils, over-chlorinated swimming pools, or the private tennis clubs found in snooty suburbs,” as one dated Independent report states. 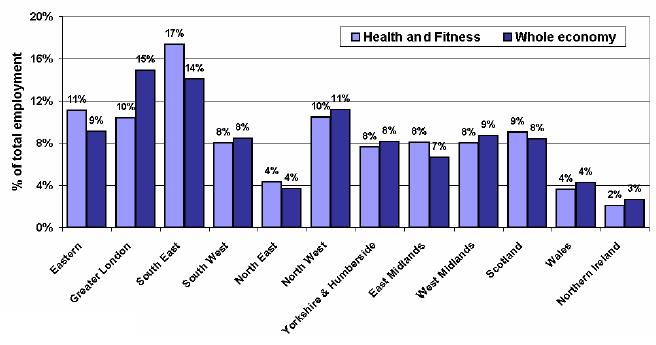 It’s undeniable that one of the biggest changes to the fitness industry since the millennium is the rise in gym membership – while this is still a low 13% in terms of the general population, it’s no longer the preserve of the elite. In the city gym, both fitness fanatics and normal people trying to get in shape are united, with the huge range of both cardio and strength machines allow people to work out how they want, in their own bubble. One of the game changers of the last few years is the rise of budget gyms; with Pure Gym, Exercise4Less, and EasyGym partially responsible for the 44% rise in spending this year. By removing barriers to gym membership, such as annual contracts and high monthly fees, these budget brands are appealing to the market that is interested in getting fit but not sure where to start. Many in city regions even offer 24 hour opening, catering to the increasing volume of shift workers.

Fitness specifically for young people has been a sure and steady source of fitness consumers, and one of the best examples of this is the British Universities and Colleges Sports scheme (BUCS). Spanning 170 institutions, this sports association works with students to establish and run sports teams, competing against each other in weekly and annual leagues across the UK. The scheme allows students to integrate regular fitness training with a student lifestyle, and universities work with local training centres to borrow equipment.

While BUCS and gym memberships remain too lofty for some, portable fitness trackers and online schemes mean that the fitness industry is based at home for many consumers. The Guardian estimates that 25 million fitness trackers will be sold this year, allowing users to monitor their heart rate, calorie intake, water intake, REM sleep, steps taken, and calories burned. If you’re wanting to join part of this new fitness craze, you might want to view the different tracker options you can find online by looking at Mobile Mob or alternative online technology stores. The idea behind these devices is to allow users to set goals and track their progress towards their diet/fitness targets. The actual progress has to come from within – although the huge popularity of online meal and workout plans such as Superbody makes it easier. If we can learn anything from this year’s fitness trends, it’s that cheap, mobile, and digital are the three biggest sellers for fitness newbies.