A lot of people believe that the only reason for people to purchase luxury cars is to prove something to those in their nearest surrounding. This couldn’t be further from the truth. You see, such a preposterous claim can only be made by someone who has never sat behind the wheel of a high-end vehicle. The thrill one feels in such situation is nearly impossible to describe with words and, on its own, a reason enough to purchase a luxury car.
Moreover, if you are a car enthusiast, the need to buy the perfect car can be stronger. Most car enthusiasts tend to have a particular “dream car” that they have always wanted to own and call theirs.

However, for a large number of people, the process of picking the right car can be quite confusing, which is why there are a number of blogs that attempt to help you learn more about the different kinds and their unique features. Keeping this in mind and without further ado, here are several vehicles you might want to consider if you ever decide to buy one of these incredible cars. 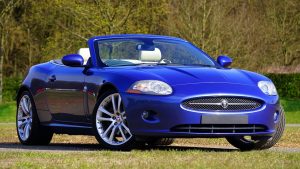 This incredible high-performance vehicle is a state of the art sports car, developed by a Texas-based automotive industry giant Hennessey Performance engineering. Aside from having an incredible look it inherited from the iconic British car Lotus Exige, it also set a Guinness World Record for 0-300 km/h in 2013. It is even more impressive to mention that, on a single run, it was even faster than its more famous counterpart, Bugatti Veyron Super Sport; which sounds almost too good to be true. Still, nothing less can be expected from this 1,244-horsepower monster of a car.

Those who see a precision of control as the winning trait of a sports car, needn’t look further than the Jaguar’s later posterchild the F-Type. Its sleek design and its aluminum body represent an ultimate lightweight platform necessary for an optimal performance. Armed with a high-end wishbone suspension system, this car gives you an unprecedented level of control and almost pinpoint precision. Moreover, due to the fact it is armed with an all-wheel drive system and driveline dynamics this vehicle performs equally well regardless of the road surface it’s on.

Make no mistake, when it comes to the luxury cars, Mercedes-Benz never fails to deliver. The list of all the advanced traits that come along with this luxurious vehicle is almost as long as its name. As for the guarantee of quality, on 23 January 2016, Vision Gran Turismo received a Golden Marker Special Award by Japan Car Design Awards. Receiving a recognition from such a prestigious organization in the automotive industry speaks volumes of the quality of the vehicle. Not bad for a car whose concept was first designed for a video game.

At the very end, it is important to mention that no list of luxurious cars would ever be complete without at least one Ferrari on it. However, when it comes to the choice of the particular car to make this list, there wasn’t a hint of a doubt in our mind. After all, how can you leave out the vehicle for which so many claim to be the best Ferrari ever made – the Ferrari LaFerrari. While it is capable of developing the incredible speed of 218 mph (351 km/h) the quarter-mile run is where it shines by closing this distance in as little as 9.8 seconds.

The above-listed four cars all have their differences. Each of them has an area where it outshines the rest, at least in situations where this criterion is completely subjective. One thing they do have in common is the fact that purchasing any of them won’t be the decision you will ever regret. The greatest downside of this idea lies in the fact that they might ruin you for anything less in the future. Once you feel the true power of a high-end sports car, there is simply no going back.