If you think fashion and all the industries which develop around dressing up is something which is exclusively associated with women, you’ll be shocked to learn that the men’s fashion industry is much bigger than you think. I guess from an extremely patriarchal point of view, us men seem to be operating under the instruction on a set of unwritten laws, one of which is that we don’t really take too keen an interest in fashion. Dressing up is largely seen as something women do, but if you speak to the market-research division of mega clothing retailers, we seem to be leading a double-life when it comes to fashion. 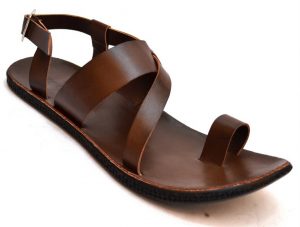 The Source of the Illusion

A big part of where the illusion comes from – the illusion that we’re not interested in fashion – is our lack of interest in shopping. It’s only a lack of interest in shopping though – the process of strutting around from shop to shop, seemingly looking for the “the perfect top to go with a pair of jeans you bought earlier,” as the ladies like to do. This indifference to the process creates the illusion that we’re not interested in the clothing itself, which isn’t true. If it were true then we’d all blindly just leave all our shopping to the retailers we chose our attire from, only paying attention to the budget we have. Yes, whenever we do go shopping for clothes or shoes, we tend to know exactly what we’re looking for, or we at least have a very good idea of what we want. If you’re looking for pair of sandals for instance, upon walking into a shop like Brantano’s, you’d head straight to the Men’s Sandals section and not care about anything else that’s happening elsewhere! So in this way we spend way less time at the malls, but you’re still buying those sandals at the end of the day, with the fact that you deliberate over the different styles and designs attesting to the fact that we do indeed have an interest – however slight that little bit of deliberation may be.

Another little piece of evidence which reveals the men’s fashion industry to be bigger than what we think is the picture painted by doing an analysis of the sales figures. Not too long ago, it was a commonly known fact that men’s clothes tend to be more expensive than the ladies’ clothes, which is perhaps still true if you look at the clothing industry as a whole. Men’s clothes were primarily just made more expensive as a result of that illusion that men aren’t as into fashion as women are, and while there’s a bit of truth to that, when you compare the sales numbers of fashion items such as Men’s casual shoes with the same class of shoes for the ladies, the prices are almost equal, yet retailers report the men’s units flying off the shelves faster than those of the ladies.

So next time you shop online to avoid the mall-rush or you quickly pop in and out of a clothing retailer to refresh your summer wardrobe, don’t be too quick to dismiss some of the positive effects a bit of what the ladies like to call “retail therapy” can have on you.