Home » Fashion and Style » Superdry Men’s Jackets: Dressing for More Than the Occasion 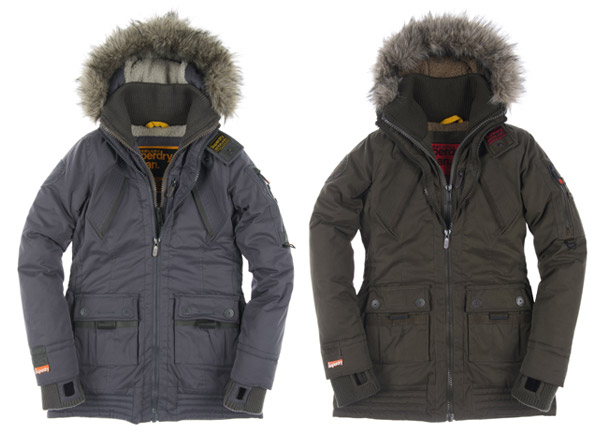 While the most fashion-forward of us really don’t mind carrying labels such as being metrosexual, we still draw great satisfaction out of the knowledge that the stylish clothes we wear aren’t exclusively for visual appeal. That’s the one thing about men’s fashion, that being clothing items generally built to last and also doubling-up to effectively cater to a specific purpose.

If you want an all-weather jacket for instance and you’re not just stocking up on clothes to look good, you’d probably look right past the growing practice of budget retailers sending trendy fashion design styles off to China for quick and cheap manufacturing, with those mass-produced clothes hitting the shelves of those stores just in time for the general adoption of that next, latest trends. The resultant clothing items which aren’t necessarily built to last, as indicated by their price, would then generally be worn once or twice and then never worn again.

An increasing number of clothing outlets and designers are catching on to the growing need for functional fashion however, opening up a sea of options as far as it goes with men’s fashion with a purpose. Take Superdry’s range of men’s jackets for instance. Superdry has a very wide range of men’s jackets which are so functional that even bikers have one or two amongst their biker jackets. As far as stylishness goes however, the range is so mind-bendingly wide that you might begin to understand exactly why women tend to take forever when they go shopping. Superdry has already been producing a range of classic-styled biker jackets, but some of the biker jackets in their new range look like some life was blown into them and they went and hit the gym to get ripped and pack on some mean “muscle” prior to their display in the impressive catalogue.

A quick glance over the rest of their men’s jacket range might suggest that it would send your head spinning as a result of not knowing where to even start looking for your perfect match, but it isn’t quite like that. Yes, there is a colossal range of different designs, but that only means you can find one that perfectly matches your unique personality, expresses your character and more than makes the grade for whatever the occasion is. I mean you’d definitely look the part if you showed up to a semi-formal-cum-smart-casual evening do in your Superdry Pop Zip Hooded Arctic Windcheater jacket, and rest-assured you’ll be adequately protected from the elements if needs be. What you’ll also be wearing however is a jacket that whispers to anyone who catches a good look of you, telling them that yes, you showed up for this do and dressed the part, but you’re probably headed somewhere else straight afterwards to engage in whatever your Superdry jacket was purpose-built for. Any number of activities, dos, adventures or functions come to mind, a very small selection of which includes mountain-biking, skiing, hiking, commanding an army, attending a wedding, rock climbing, and just about anything else you can think of. It’s all in the styling, but this extensive range of different styles takes absolutely nothing away from the functionality.