Home » Fashion and Style » The Ultimate Aim is a Natural Look

I can go into so many different reasons as to why the beauty industry is one of the sectors which are flourishing the most in this world, one of which reasons is the fact that we’re constantly made to feel like we’re not okay just the way we are. This is perhaps aimed more at women than at us lads, but take it from someone who takes care of himself and prides himself in how I present myself – it actually affects us lads as well. 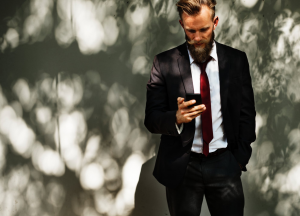 Nothing could be further from the truth, because if you actually come to look at it properly you’ll realise that with body contouring, chest reduction, or any cosmetic surgery for that matter, the ultimate aim is indeed to look good in the most natural of way possible. Perhaps, this could be the reason why many of us often tend to rely on services offered by cosmetic clinics such as 8 West or similar ones. We all want to look our best and flawless. Sure, this is a blog and a topic that is perhaps aimed more at the lads, but in this day and age, we do indeed do a lot of crossing over in so many different areas of our lives. Style and presentation are one of those areas in which this is happening at a really fast pace and we’re all the better for it because at the end of the day it’s about how comfortable you are in your own skin.

Who can disagree with the opinion that ladies look fine as ever rocking so-called boy-shorts, for example? Try to separate the Scottish men from their kilts as well and you’d be committing a crime against fashion as a whole!

If our focus is to transcend attire though as the most outwardly visible element of our presentation, you’d have to look at industries such as cosmetic surgery, make-up, etc.

Zoning in on the make-up industry – I will admit that it does get a bit ridiculous sometimes with the ladies walking around with what appears to be way too much make-up slapped onto their faces, whereas the ultimate aim is just to look as natural as possible. That’s why you get your nose powdered if you’re going to appear on television – it’s to balance out the unnatural effects of the camera lens and make you look more “natural.”

The same applies to cosmetic and reconstructive surgery. The vast majority of ladies who would visit Naidu Plastic Surgery to perhaps have a breast augmentation procedure done aren’t necessarily vain or anything of the sort. It would normally be a matter of perhaps having had some effects growing up which might have contributed to the underdevelopment of the breasts maybe, in which case (and any other case for that matter) it would make perfect sense to get the procedure done.

The aim is ultimately to look as natural as possible.