How are your New Year’s Resolutions going? Did you choose one that said you would try to live a healthier lifestyle? Or was the environment more your concern? You wanted to try a greener way of living, leave a small carbon footprint, perhaps? How about commuting by bike ad killing two birds (or two resoutions) with one stone? 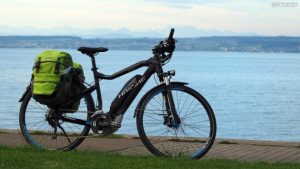 Leisure Lakes Bikes, a family run cycling store, has put together a very interesting study that shows travel times in some of the busiest UK cities using different modes of transport.

Leisure Lakes Bikes has teamed up with the Green Commute Initiative to make the change not only an easy one but a lot less stressful on the purse strings. Click here to find out more about the partnership.