Home » Fashion and Style » What Do People Wear at Oxford and Cambridge University?

In Great Britain, there are two old and reputable universities-  Oxford and Cambridge University, or collectively termed as Oxbridge. Bear in mind, that a lot of well-known individuals have studied in these universities and some of them include the likes of Rowan Atkinson, Sacha Cohen Baron and Stephen Hawking- plus some of the great politicians of Great Britain and the US. Indeed, these two universities have been educating since the 12 and 13 century up to the present day, and that why it is only right that people who study here should wear proper clothes to carry on ancient traditions. 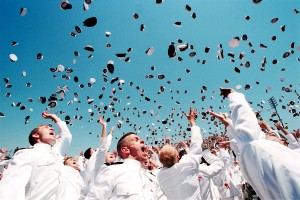 Since Oxford and Cambridge are prestigious universities, what are the types of dress that should be worn while learning various higher level courses here?  Well, you have to take note that there is an academic dress that needs to be worn here in these learning institutions. An academic style dress is important since it is usually a custom, especially when it comes to formal and even informal occasions.

Consequently for men who study in these universities, the reason to why they need to dress properly is to make them look smarter and presentable to others. Men would usually wear bows or ties and shirts with blazers, and presentable shoes (usually black shoes). Indeed, looking just like this would make you a gentleman and a smart man as well- so you would want to hire them and do business with them. 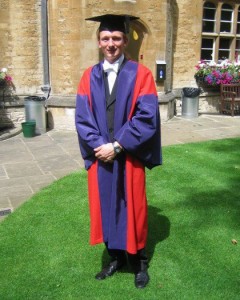 Now for the traditional garments worn in Oxford and Cambridge University by all, not just those who are graduating that day. Gowns are usually worn and this may vary according to the degree you’ve finished. Gowns for undergraduates, BA’s, MA’s and Doctors have different features. The colour and the design will also vary according to the degree the person is taking- very proper indeed! It may sound complicated for you but you can check out the information regarding the academic dress directly on their university websites, and see how prestigious they make themselves and the establishments appear.

Aside from these, hoods and headdresses are also worn by people who study in these universities. It is not only the students who wear long cloaks, but also the officials. The Chancellor, Proctors and other officials have their own designated dress codes to be worn at formal and informal occasions 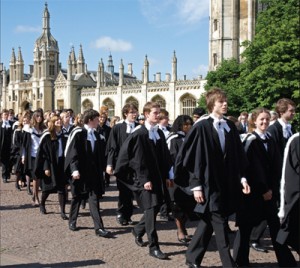 While fancy clothes must be worn, there are also instances where people who learn here may use their usual dress. This has just been recently approved, especially in Oxford University, to be fair for their transgender students.  This may be a good point and a positive outlook for the institution. Take note, this also applies in Cambridge University.  The goal here is to achieve equality not only in education but also in the way they would dress and these are amongst men and women and transgenders- a fairly recent development in our modern world and not what would have been thought of in the rules made hundreds of years ago.

On the other hand, traditions are still implemented when it comes to dress codes for men. You may still have the option and it is a  must usually to wear white shirts, bow tie, black blazers, black shoes and socks. It’s just one way you can show people how to look educated, gentlemanly and a student from Oxford and Cambridge University all at the same time.

This article was provided by World Wide Wales Team.