It’s always interesting peeling back the layers of the industry standards which emerge in any such industry really to see just what exactly it is which drives certain behaviour. In the specific case of profile pictures men use on their dating platforms of choice, one such practice which has become somewhat of an “industry standard” is that of posing with one’s car. 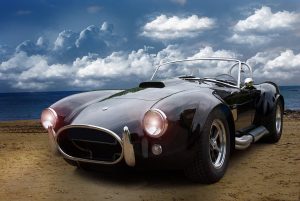 Women do it too, but I suppose if we’re going to be talking about the psychology behind this behaviour then this practice of posing with your car in your dating site profile pic is associated more with the lads than the ladies. So what’s it all about?

My best guess is that it goes all the way back to the days when the very idea of owning your own set of wheels and being mobile and free in this way was expressly targeted at the gentlemen, particularly young lads who were made to believe that he who has the nicest set of wheels gets all the girls! This way of thinking was perhaps somewhat of a flash in the pan as far as it goes over here in the UK, but if you look at other markets such as that of the USA, this car-equals-success culture perhaps still even exists today to a larger extent than it does here.

I mean it perhaps makes quite a bit of sense, albeit on a deeper, subconscious/psychological level – Like “Hey, I have a sweet ride with which to come and pick you up for our date and take you to a whole lot of cool places…”

The truth however is that women aren’t all too impressed by that these days. In fact, a study was conducted with findings that would probably shock the 80% of men who have merely considered using their car in their profile picture. The study revealed that only one in 100 women were attracted to profile photos of this sort, which clearly suggests that as much as posing with your car is indeed a popular practice, its intended effect sees the exact opposite playing out.

The full findings of the study are available here, but some of the most interesting of these findings which I personally cannot help but want to discuss further are those which concern the details of the cars used in dating site profile pictures.

So the study was carried out by Motorpoint, scouring through 5,000 dating app profiles and specifically targeting an examination of the habits of people who use their cars in their profile photos. And this could have been conducted across a range of different sites too, for comparison! Perhaps a homosexual spurred site or even a Muslim dating site, men all over the world seem to share one thing in common, how they are perceived to the opposite sex, or in fact, the sex they are attracted to. Why on earth does this so often involve cars then? One of the most interesting of these findings is that of the UK-manufactured Vauxhall coming in as the car of choice both for men and women who pose with their wheels, making up for 21% of all car profile pics. Next in line is the BMW at 20%, which leads the way in what is a German-manufacturer dominated remainder of the top ten list.

It gets even more interesting though with 4% of people indicating to be willing to go all the way to actually hire a car just so that they could pose with it for their dating app profile photo, mostly from the age group of over 55s!