The somewhat annoyingly packed gym venues at the beginning of each year really get to those of us who have made healthy living through exercise a lifestyle instead of a New Year’s resolution-fuelled occasional pursuit. The gym owners and chain-gym franchisees definitely won’t be complaining though, but I’m pretty sure they’d also love a bit more consistency from more would-be gym-goers. Analysing fitness goal conversion rates through the use of the UK’s most popular fitness questions (Google searches) makes for some interesting reading though, although it paints of picture of those conversion rates on our various fitness goals being very low. 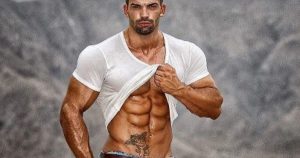 People turn to Google, searching fitness-related question in their millions, but you walk around town and in trying to reconcile those searches with the appearance and fitness levels of the town’s residents, there seems to still exist a huge gulf between what the searches indicate they want to achieve and where they are at the moment. Perhaps a positive way of looking at is in taking comfort in the fact that these people’s fitness goals could very well still be a work in progress and they perhaps still have time on their hands.

What the Numbers Say

The cities which appear to be the most interested in packing on the muscles are Nazeing, Newcastle upon Tyne, Wolverhampton, and Bolton, making up the top-five in order of the most searches related to bodybuilding. Look if I committed to analysing these numbers guided by those mathematical principles which would make it an exact science, I’d need to officially go into something like quantity surveying as a full-time career. What I’m getting at however is that with about 1,900 average monthly searches for HOW TO GET BIGGER ARMS and 4,400 monthly searches for HOW TO BUILD MUSCLE, should I not be seeing more big-armed beef-cakes in Nazeing – a place I spent quite a bit of time in lately, I must add? Again, it’s by no means an exact science, but I think it’s safe to say that collectively, we seem to be falling well short of our fitness goals.

There are lots of people who want to lose weight, gain weight, sculpt a six pack or just live an all-round healthier life, but the reality we face everyday suggests that we could do much, much more to bump up our fitness goal conversion rates.

Look, it applies to me personally as well, that being the belief that a healthy-looking body is far from the typical one sold to us by the media. This naturally applies more to women than us lads, but you’ll be surprised at how many lads harbour ambitions of building such big muscles that they fall just short of bursting out of their shirts. For all we know, in as much as there’s a clear indication that a lot of people want to lose weight (some of which want to lose it fast) and a lot of people want to gain weight or build muscle, the search results can never fully depict all of the finest details, like exactly just how much weight someone wants to lose or how many inches another gym rat wants to add to their biceps.

So maybe we are realising our fitness goals, but probably not – generally.