Home » Fashion and Style » What are the benefits of donning the Masonic tie?

The Freemasons are an order that many find unusual. This is partly due to the exclusivity associated with membership. To the trained eye, one can spot a freemason from the ties they wear. Masonic ties are often printed with the compass emblem of the Masonic order. But why do people join the Freemasons and what are the benefits of membership? 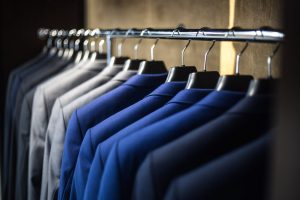 What are the Freemasons?

The Freemasons are an organisation that emerged from stone masonry bodies from the fourteenth century. The basic structure of a Freemason organisation forms around a local ‘lodge which is usually supervised by a ‘grand lodge’.

Each lodge has its own style of the Masonic tie which helps show which club they belong to. They can express their lodge through masonic tie clips, caps and cravats.

A Freemasons lodge will usually have 3 levels; starting at the lowest level is an entered apprentice followed by the Fellow craft. After this, the most senior member is usually referred to as the master mason. All three levels will normally be differentiated through the ties and other regalia that they wear.

What are some of the Benefits of Ownership?

Whilst the organisation can sometimes be viewed as somewhat of an old boys club there are benefits to joining the group and wearing the Masonic ties and regalia.

Many Freemasons talk about the bond developed between members who adopt the Masonic tie. If you are looking to expand your friendship group and meet new like-minded people joining the Masonic order could be great for your personal happiness.

If for a while you have felt the want to participate in charitable causes but have not known how to get started the Freemason’s makes it highly accessible. Not only will the fees associated with wearing the Masonic tie be used for charity but the Freemasons also push themselves to help other people through non-profit causes.

Freemasonry promotes equality, both between the genders and between members of a lodge. This is shown through the 4,700 female freemason members in the UK.

Find Great Examples of Masonic Ties for your organisation

If you are looking to join the Freemasons you will be part of a club that prides itself on the regalia associated with ownership. James Morton supplies a wide range of lodges with their Masonic ties. Get in contact today to find the right Masonic ties for your lodge.